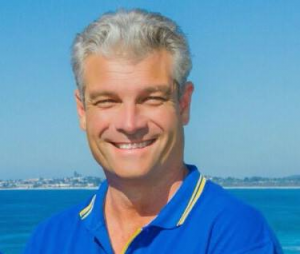 As a local Tweed Coast Real Estate Agent, over the years, I have seen many builders builds, both good and bad, I was somewhat stumped to choosing a builder to build our dream home. We were suggested and recommended to use Peter Walker and his Sons from Walker Building who have been building around the area for years and since the 1970’s. Our new home was 550m2 floor area and was a substantial 5br home with 5 living areas. It was to be much larger than many homes and we had to be sure that we chose the right builder the first time. I found Walker Building from the start to be very approachable, and all his team very friendly and nothing was too much problem. They welcomed us on site whenever we wanted (some builders won’t let you) and during the build, we even made many changes to the plan without hesitation. The timing process with different tradesmen through the build was exceptional and you could clearly see that Peter was extremely organised having tradesmen there when was needed (we never waited). We later found out later that Walker Building even have their own mini-fleet of excavators and dump trucks so if you decide that you need some earthworks they will save you time and money, having an excavator on site the next day if you needed one. Choosing electrical, plumbing, the whole kitchen,  floor coverings and finishes were all very easy from their recommended highly skilled suppliers.  What we liked about the build was how easy the whole build flowed seamlessly, and there was always at least 2-3 builders (some days all 5 builders) there on site from Walker Building and there was never a day with no one on site, important for any build and even at one stage, I counted 14 tradesmen on site on one day. We started building on 13 June and we moved into it on the 2nd Week of December.

The finished build was perfect with nothing extra needed doing. I have and will recommend Peter and his team from Walker Building to others and can only praise his workmanship and quality of his work.